Try One More Time Again, written in 1982 was my 60th song. I was still working at the bowling alley at night & was probably frustrated to be working instead of getting out & playing. But I had a place of my own & bills & responsibilities came first. The theme of this song,as in much of my life & other songs,was in the title. To keep trying, again & again, as I am to this day in 2017! The first version below is fully produced with guitars,bass & vocals by me & drums by Robert Husk,recorded to my Tascam 8 track reel to reel tape machine. It's the closing track on Impact-Ground Zero from 2000.
I hope you all will keep trying, again if necessary,to reach your goals. Never give up! 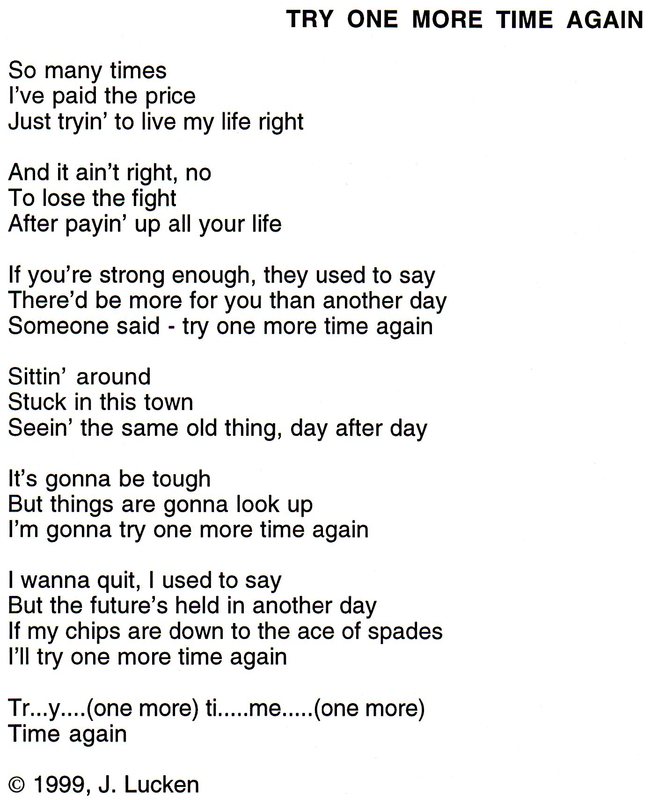 Below is my original recording & lyric sheet from 1982. 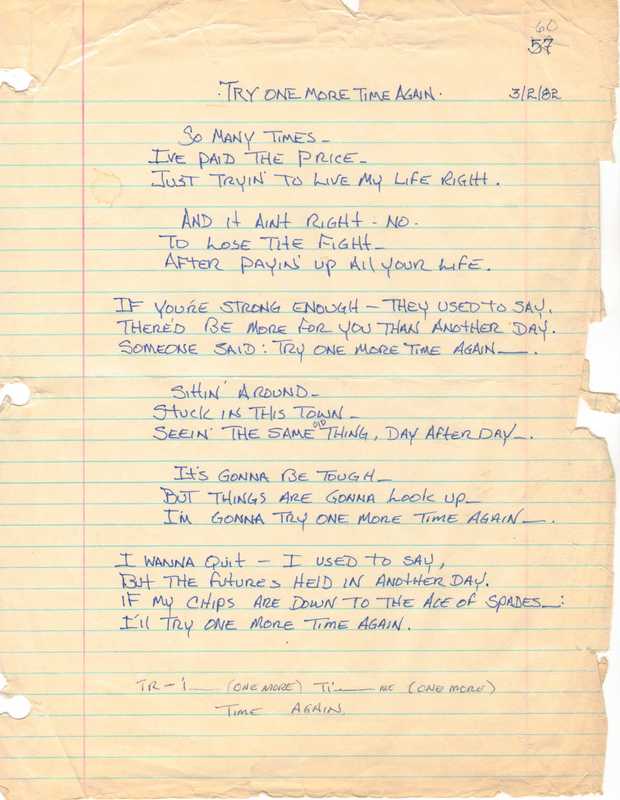 This is going to be my last featured song for a while so I can spend more time on new additions to the web site,improving my craft,rerecording some older songs & hopefully, creating some new ones.
Thank you for listening!!