This song originally had no lyrics & was simply called Intro. Robert & I played
it as a warm-up before practice. I later wrote the lyrics & it became Steamroller. 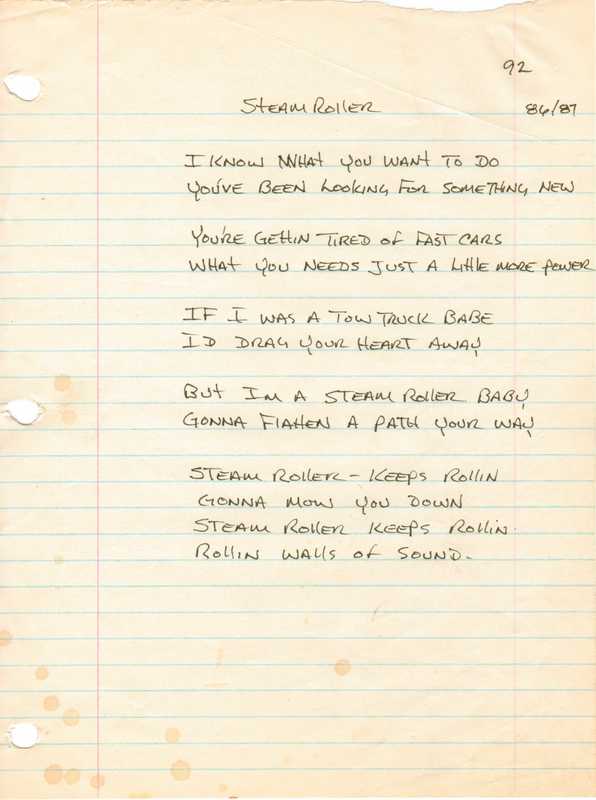 I recently noticed that Paul McCartney had the line "when it gets dark, I tow your heart away" in Lovely Rita on the Beatles Sgt Pepper album. Always a favorite of mine. Might have got my "if I was a tow truck babe, I'd drag your heart away" from
​it. Wasn't conscience of it at the time though. I find things like this in my songs from time to time, all things in life are an influence whether we realize it or not.
Proudly powered by Weebly