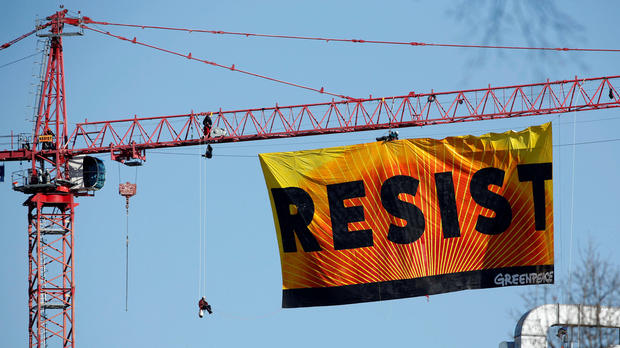 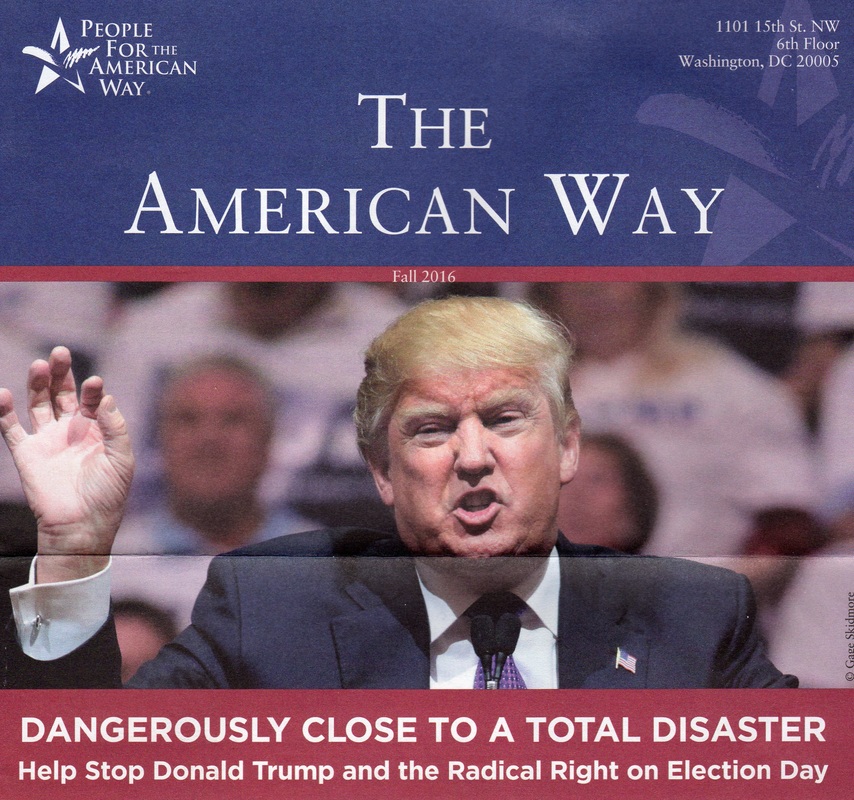 I would rather not get blatantly political on my site, but this is just too important to remain silent.Vote your conscience.

Well....it's been two weeks since the national embarrassment, that is Donald Trump,
got extended to a four year run. In what bizarro world, is someone who behaves as Trump has,able to become President? What happened to class,honor & integrity? Sadly,his is the face we have chosen,as an example of what's right with America.
​The bar has been lowered, the coarsening of society has begun. You reap what you sow. Lets hear a few words from our President-elect:
I have written many pages of thoughts since the election,trying to reconcile this madness with logic. As I sort them out,I will add them here...
11/27/16
Trump was a candidate facing the most formidable opponent in history, out raised
financially (at least on the record),he offended nearly every constituency needed for a
winning campaign. Starting with women,the largest segment of the population,then
adding environmental,Labor, LGBT,minority,immigrant & religious groups to the list of
those he bullied & alienated. And still he won. He uttered every conceivable smear against anyone that disagreed with him. And the world lined up against him. All major newspapers denounced him as a demigod as well as the U.N. Vatican & many countries leaders throughout the world. Never has a candidate inspired so many to speak out. And still he won. President Obama had to reassure the world that the United States would not abandon our obligation as a leader. And still he won.Many people were motivated,for many reasons to stop this maniac. And still he won.The Republican establishment disowned him, he threatened to jail his opponent like a dictator, build a wall like Nazi
Germany, create concentration camps for Muslims and deport millions of undocumented
immigrants. He made impossible promises. And still he won. He called into question
the legitimacy of our electoral system, praised a hostile foreign leader  as he denigrated
our twice elected President, questioning his right to the presidency through birtherism & religious bigotry. He even encouraged foreign governments to get involved in our election & hack into his opponents data,a treasonous & traitorous act. Still he won. All polls, save for one or two,forecast a huge repudiation for Trump and an overwhelming victory for Clinton. The Senate would flip,good chance the House would too. Still, he won. I know if I was Trump, I wouldn't stand a chance. In what alternate universe could a miracle win like this happen against all odds? Perhaps a "rigged" one?
I will await the findings of the recounts instigated by the Green Party. I take heart in the
fact that 2 million more Americans chose the qualified candidate & know the difference
between right and wrong.
1/19/2017:             Well, here we are. Inauguration day is upon us.                                            Please click on the button below for a song that sums it up for me at this point.                                       Long live Truth, Justice & the American Way.
Wake Up-It's Not A Dream
​ 8/14/17  I'm proud of the Americans standing against racism & hate in Charlottesville,
Virginia & across the nation. We allow what is normal & acceptable.
Torch bearing mobs recall an earlier time,& should be considered a
form of terrorism. A little wordplay:
Provoke Thought
Incite Kindness
Inflict Love
Collateral Justice

Deploy Empathy
Detonate Hate
Launch Liberty
Invoke Peace
11/8/17  One year ago our nation came under attack and we were unaware. The revelations of the last year have made clear, nothing will ever be the same again. Most of us innocently & naively thought the U.S.A was impenetrable. But a new form of enemy had been born. It seeped into our
body politic through the negligence of our so called "representatives" in the form of greed,big money
& cronyism domestically, and cyber warfare & propaganda from foreign & home grown actors.
Ever wonder what "Think Tanks" do ? They perfect the art of manipulation to their desired way of thinking. Frank Luntz is a campaign operative that makes his living teaching messaging techniques
to candidates using words to trigger emotions. Liberal wasn't always a derogatory term. In fact it was,
and still is an honorable philosophy, if people would take the hyperbole out of it. Propaganda outlets,
such as Fox,Breitbart,Infowars AM Talk Radio, were created to provide an alternate universe from what the rest of us live & toil in to make the world a better place. It's a cop-out solution to just refuse
to believe what is right is right & what is wrong is left. In the comfort of the bubble. to be continued...

​6/30/18 Families Belong Together
It should be a core American belief. Please join me in supporting lawmakers & legislation that treat migrants,immigrants & asylum seekers humanely & builds bridges instead of walls. Our diversity makes the U.S. stronger. E Pluribus Unum.
​8/12/18 "Unite the Right" is just wrong. Unite America.
​9/23/18  Stand up and be counted! U.S. Election day is coming on November 6th.
Get yourself registered to vote, if you aren't already, so you can do your part
to help get our government back in balance. I donated to 10 Progressive
organizations today. Please join me & do what you can to help restore
Justice to America.
​11/6/18  WE DID IT!  Democrats take back the House of Representatives & will                                            restore checks & balances in our government!
11/1/2020  The election & America's future are at hand. Here are my final thoughts.
I'd like to add, briefly, that I've wanted to add to this account frequently
over the last 2 years but trumps antics were were such an exhausting,
daily source of distraction that I hated to devote anymore time to it. I kept
thinking the end of the nightmare was near. At first, whenever I heard a
notification on my phone, I would think: "This is it, they're hauling him
away"! Then when all the scandals that would sink anyone else came
& faded away, the Muller Report, Impeachment I got disillusioned.
Proudly powered by Weebly